A trauma, sports injuries or a direct blow on the knee may cause lateral collateral ligament (LCL) tear or injury leading to instability of the knee. Dr. Nepple provides diagnosis and LCL repair and reconstruction surgery in St. Louis. Dr. Nepple also provides the highest level of care during and after the surgery. Contact Dr. Nepple’s office for an appointment today! 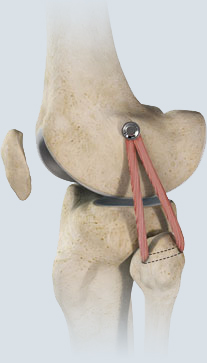 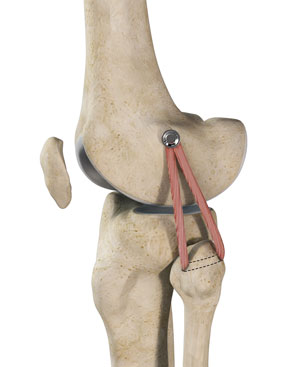 What is LCL Reconstruction Surgery?

LCL reconstruction is a surgical procedure to repair torn or damaged lateral collateral ligament in the knee using a tissue graft taken from another part of the body, or from a donor.

What is a Lateral Collateral Ligament?

The lateral collateral ligament (LCL) is a thin set of tissues present on the outer side of the knee, connecting the thighbone (femur) to the fibula (bone of the lower leg). It provides stability as well as limits the sidewise rotation of the knee.

Tears or injury of the LCL may cause instability of the knee that can be either reconstructed or repaired to regain the strength and movement of the knee.

The lateral collateral ligament may tear due to trauma, sports injuries or a direct blow on the knee. A torn LCL may result in pain, swelling and even instability of the knee.

LCL injuries and a torn LCL can be diagnosed through a physical examination and by employing imaging techniques such as X-rays or MRI scans.

The treatment of a torn LCL may include non-surgical interventions such as rest, ice, elevation, bracing and physical therapy to help reduce swelling and regain activity, as well as strengthen and improve the flexibility of the knee.

Surgery is recommended if non-surgical interventions fail to provide much relief. Surgical interventions include repair and reconstruction of the torn ligament. In case the ligament is torn from the upper or lower ends of attachment, then repair of the LCL is done with sutures or staples. If the ligament is torn in the middle or if the injury is older than 3 weeks, LCL reconstruction is recommended.

LCL reconstruction involves the replacement of the torn ligament with a healthy tissue or graft. The tissue or graft can be taken either from a tissue bank (called allograft) or from your own body (called autograft). The type of graft used depends upon your condition and choice of your surgeon. Hamstring tendons are commonly used as autograft, as removal of such tendons does not affect the strength of the legs and effectively stabilizes the knee.

A small incision is made on the lateral side of the knee to perform the LCL reconstruction. The procedure is performed through an open incision and not arthroscopically. The thighbone and fibula are drilled precisely and accurately with specialized instruments to form tunnels. The ends of the tendon graft are passed through tunnels and are fixed by using screws, metal staples or large sutures. The knee is braced for 6-8 weeks.

Postoperative you will be instructed to:

Risks and Complications of LCL Reconstruction

Some of the possible risks and complications associated with LCL reconstruction include:

If you would like to have additional information on knee treatments or would like to learn more about LCL reconstruction, please contact Dr. Nepple, serving the communities of St. Louis. 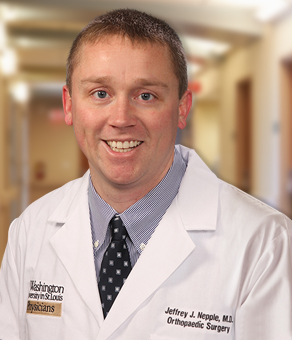